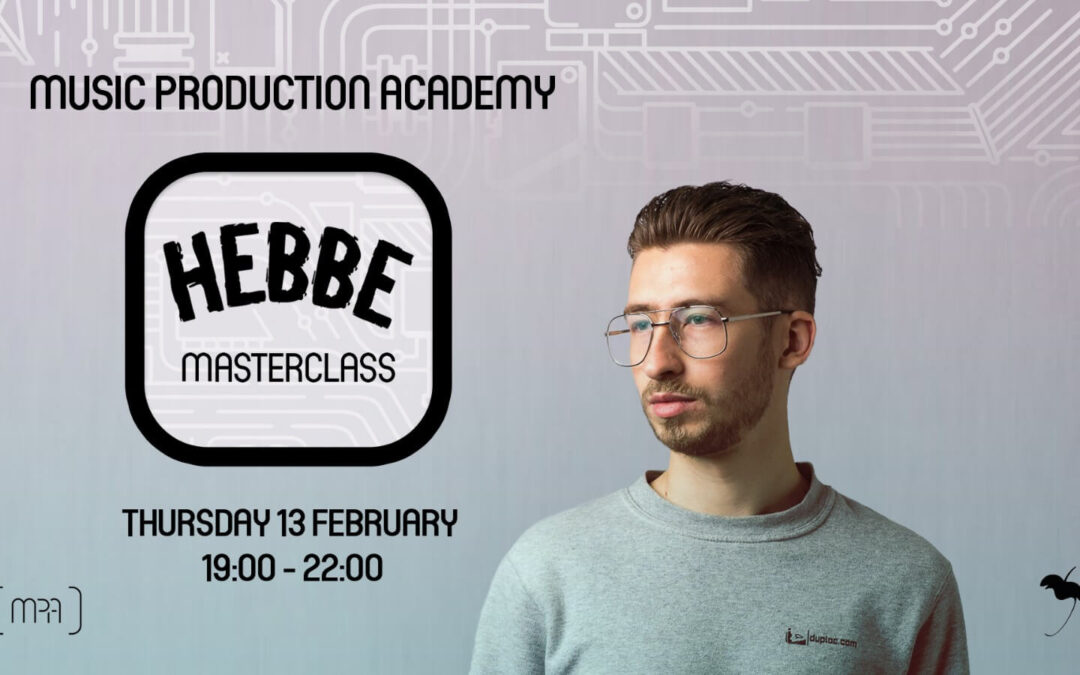 We’re happy to announce that the first offical MPA masterclass of 2020 will be hosted by one of our locals HEBBE!

The highly anticipated Rotterdam-based Hebbe has fully emerged from being a much-promising up-and-comer and became a well-established leading artist within the 140 realm. While his distinct flow, obscure weighty sound and crunchy basslines have conquered and inspired the entire Dutch dubstep scene, Hebbe is strongly coming through worldwide right now.

At this masterclass, visitors will get the chance to receive in depth tips in music production and become inspired by HEBBE’s detailed approach of making and mixing music.

Some of the topics:

The masterclass will be held on Thursday 13 February from 19:00. Tickets are €10,- (free for all MPA students) and can be purchased here:

“While he originally was picked up by his hometown label Subway Recordings, he managed to make impactful appearances on a few of the most respected imprints within the genre such as SYSTEM Music, Crucial Recordings, Artikal Musik UK, DUPLOC, White Peach and DIVISION. Backed with onsistent support from leading DJs within the scene, Hebbe took on his third US tour in December of 2019, while he has some hot forthcoming material cooked up, ready to unleash soon.”

We use cookies to ensure that we give you the best experience on our website. If you continue to use this site we will assume that you are happy with it.OkNoPrivacy policy